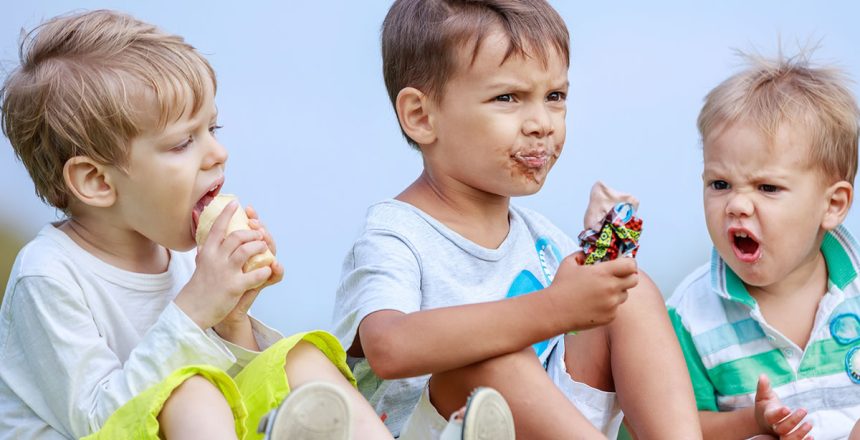 In my short time of life here on Earth, I’ve realized something about us humans – we like to rush things. Employers want to increase productivity. Fast food places want to be even faster – with mobile app ordering. Technology’s aim is to increase the speed of everything – faster access to information, self-checkout lanes to cram more checkout lanes in a smaller area, thereby encouraging a faster check-out experience. Fill your social schedule. Try and do as much as you can on vacation.

I wish I could say I was immune to this, but I’m a human on Earth.

Over the years, though, I have been challenged to live differently – most notably in the areas of remaining content and not comparing my life to others.

As you can imagine, these were pretty easy things to put in the ‘goals’ box and check off the list.

Ok – not really. These are difficult when you’re surrounded by advertisements saying you’re left out if you don’t have [product x]. In one advertisement, one could find themselves suddenly not being content AND comparing what they do have with others, yearning for something more. I’ve found, though, that answers aren’t found in products – or keeping up with the Joneses (who just got the latest, greatest car! Also, their grass looks pretty green on their side of the white picket fence.)

Learning to be still – at Disney

I’m sure my parents did many things to help teach me contentment and patience as a child. The first solid example that has stood with me was when I was older – I want to say high school or college – my family took a vacation to Disney. If you’ve been to Disney, you know there is a LOT to do, and you’re encouraged to do as much as you can in as little time as you can. They even have ‘fast passes’ to avoid waiting in line.

I remember standing on Main Street USA and, amidst the crowds and people racing to the next attraction, my dad simply told me to slow down and take a snapshot of this moment. I vividly remember running my hand along a white painted post, making note of the texture. I stood and looked around at the details of the street and storefronts. Throughout the day I took mental snapshots. That evening, I remember we were back on Main Street, and I found a bench in an area off the street. As a sat, I realized the second stories of the building around me had various audio tracks that told humorous stories. I’ve been to Disney many times, but had never stood still enough to notice the audio stories. It was my favorite find of the vacation.

I joked with my friends in college that I would get an iPhone when they came out with version 7, not thinking they would actually come out with an iPhone 7. This was before iPhone 4 was even conceived. I would use excuses such as it was expensive, or that my iPod Touch worked fine – since Ball State was a wireless campus (pretty hip times I was living in, when that was the selling point)

Did I think it was expensive? Absolutely.

Did I want an iPhone? Absolutely.

But I already saw how technology was infiltrating my life. I felt tied to my laptop. I remember hanging out with some friends and they would be glued to their phones. I did not trust myself, so I made a conscience decision to stick with a phone that could make phone calls and text.

I remember when Instagram was introduced – I had to set up an account using my iPod Touch. I registered an account just so I could reserve the name ‘Higgens’, but left it untouched.

I was teaching myself to be content with the technology I already had. It’s a challenge, especially working in the digital field. (Somehow, though, even not owning an iPhone – I was helping co-workers solve their iPhone problems.)

I was eating at TGIFridays with a friend and we looked over and saw a dad with his son. The dad was busy on his phone while his son was coloring and trying to talk with his dad, probably trying to show him his latest artist creation. We both felt sorry for the kid. It was like that for the whole time we watched them. I felt like I saw a glimpse of the future I wanted avoiding, in the sense that I want to be in the moment with the people in front of me, not in front of my phone.

This is where I place the disclaimer of: I’m not a parent. I know parents are busy. Employers today expect employees to always be available 24/7, so I’m sure the guy was doing his best to provide so him and his son could enjoy TGIFridays. I’ll also put the disclaimer, though, that while I’m not a parent – I have been a child. I valued the interaction I had with my parents and am forever grateful I grew up in a time where my parents could unplug. I also know, as humans, we can make excuses for just about anything to justify our actions. Ultimately, I’m responsibly for figuring out how to spend my time.

The iPhone 7 did come out and it was my first smartphone. In fact, it has been my only smartphone – I still have it, a part of still being content with what I have.

The two reasons I wanted an iPhone was for the GPS feature and the visual voicemail (if you don’t remember, there were, and probably still are, phones out there where you must listen to all of your messages in the order in which they were received – that period in phone history taught me a lot of patience).

I’m still not upgrading because I think iPhones are expensive and the iPhone 7 can still handle the latest Google Maps and still has an awesome visual voicemail system.

But I’ll cherish the period before purchasing an iPhone. It taught me to live in the moment, to be present, and allowed me to evaluate how a smartphone can impact others so I can be aware of the pitfalls of having access to social media and emails 24/7.

The above article was written in 2019, and was sitting in my ‘drafts’ – until now, when I press ‘publish’. I don’t exactly know what I was thinking at the time, but I do know the world has not slowed down. This year, I have been fortunate to be able to slow down in terms of hiking with friends, family, and co-workers, or catching some socially-distanced coffee in driveways, but I think politics and social media is making this year far less joyful. I’m going to quickly go through a few of the ways that I’m challenging myself in these three areas:

I’ve been collecting my thoughts on politics for the past four years, and maybe I’ll eventually get done writing about my observations, but the quickest way to not feel contentment is to turn on political talk radio. I made this mistake upon graduating college. A democrat was president, and if you turned on the conservative talk radio show, the world. was. ending.

Of course, if you look at any election cycle, you can see from candidate TV ads how the world would end if the other side wins. (A $5 contribution should solve the issue)

If you put your hope and trust in man, or your candidate, you will be disappointed. You will be stressed. It is a very bad idea to make any person an idol.

Speaking of friends and politics, do you treat your candidate better than friends you disagree with?

If you want to feel inadequate, hop on social media. Likes. Followers. Views. If you don’t have them, you need to get them! At least, that’s what the creators of social media platforms want you to think.

My newsfeed consists of posts from Facebook groups (Web Development/Disney/Columbo) and then a few friends who post items that are funny, things that make me think, posts that are encouraging, or people who seem to have the whole ‘living in the moment’ thing down.

It’s very easy to compare yourself to people’s ‘best moments’ or other people’s life through a ‘filter’.

You will feel pressured to post you looking awesome in photos, or showcase your life in a weird way to rack up likes.

Don’t try to keep up with the joneses. Your life is great. I’m glad your hear. Live your moment and life for yourself, your friends, your family, and your memories – not for social media. Life still happens if there’s not a post about it on social media.

I hope you find contentment and are able to live in the moment. I don’t want you to come out of this confusing contentment with laziness. At times when I find myself giving into comparison, or fear the politicians enjoy spreading – I remember to take a look around, count by blessings, rely on God, and take note of realistic steps, if any, I need to take in order to squash the feeling of comparison or fear.

In other words, don’t be content with not mowing the grass. Be content in that you have a yard, and take care of it.

Don’t be content with simply being alive – be content in that you have another day on Earth and take care of your body and the people around you.

1 thought on “Comparison: A Joy Killer”